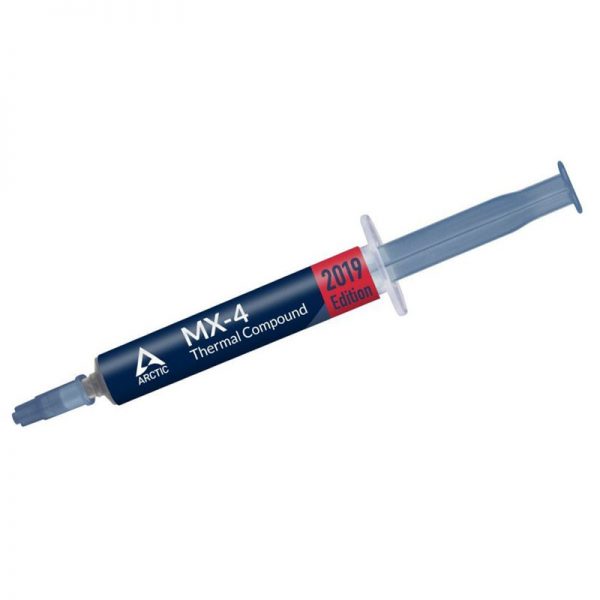 Arctic Cooling, is best known for its very quiet and inexpensive CPU cooler. To make the transfer of heat from the processor to the cooler as efficient as possible, the engineers did not rely on third-party products, but quickly developed their own thermal compound. In addition to the high performance, the focus was on practicability. Arctic

has now launched a whole range of thermal compounds on the market and is continuing its evolution with the MX-4 . The thermal conductivity was increased from 8.2 W / mK to 8.5 W / mK compared to the MX-3 . With four gramsThere is a lot in the syringe that is sufficient for a few uses.

In addition, the thermal compound dispenses with metallic ingredients and consists of carbon microparticles . The main advantage of this composition is that the paste is not conductive and accidental short circuit is excluded when the paste gets to other parts of the hardware. The application is thus much more relaxed. In addition, the Arctic MX-4 2019 Edition holds for eight years after application .

The manufacturer also pays attention to sustainability when it comes to packaging: The production of the new, recyclable packaging has reduced environmental emissions by 40 percent, The new packaging is also lighter than before.